In recent years, a steady stream of experts, including the ubiquitous Dr. Oz, 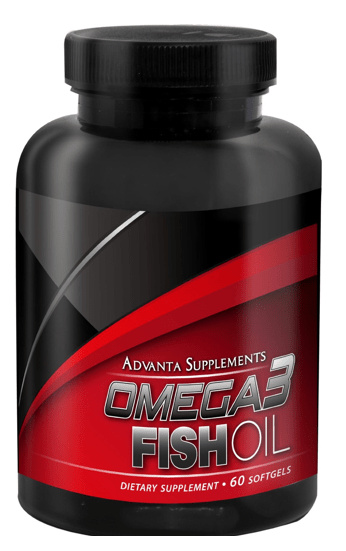 have advised every one to take fish oil supplements to protect their heart health
In fact, there is little to no evidence that fish oil supplements or fish oil enhanced foods should be consumed for any health purpose.
Omega-3 fatty acids (also known as  ω−3 or n−3) are polyunsaturated fatty acids (PUFA) that can be derived from marine or plant oils. They are considered essential fatty acids in humans, vital for normal metabolism but not synthesized by the human body.
The long chain omega-3 fatty acids eicosapentanoic acid (EPA) and docosahexanoic acid (DHA)  are felt to be the most beneficial. The best food source of DHA and EPA is cold water fatty fish and shellfish. The fish highest in these fatty acids are salmon, sardines, mackerel, herring and tuna.
Alpha-linolenic acid (ALA) is an omega-3 fatty acid which is predominantly found in plant oils (flaxseed, canola, and soybean oils) and walnuts. It can, to a limited extent, be converted in human bodies  to EPA and DHA, thus can be considered a precursor.
There is some evidence that consuming fish on a regular basis is associated with lower risk of coronary heart disease and stroke. Therefore, I can agree with current AHA and USDA guidelines which recommend consumption of fatty fish at least twice a week and I advise this for my patients.
Predominantly on the basis of one very positive study performed in Italy in 1999 (the GISSI study, which gave EPA/DHA to heart attack survivors), most cardiologists, the AHA, and the supplement industry had concluded by 2005 that fish oil reduced mortality and cardiac morbidity. The best evidence then was that the fish oil supplement was helpful after a heart attack (so-called secondary prevention). However, there was a very powerful urge to extrapolate this recommendation to patients without heart disease (so-called primary prevention).
Such expanded recommendations were reflected in the media. For example, Forbes proclaimed

“One Supplement That Works:

A lot of nutritional supplements are quack medicines. Not fish oil”

By 2009 sales of OTC fish oil supplements had risen 18% in one year to 739 million and Americans were buying 1.8 billion worth of foods (such as margarine and peanut butter) fortified with extra omega-3s. By  2011, Americans were spending 1.1 billion on supplements.
GlaxoSmithKline developed and patented a high-concentration fish oil (Lovaza) that gained an indication for treating high triglycerides which had global sales of 1 billion dollars in 2008. Supported by heavy advertising and promotion to physicians (through dinner lectures, lunches and other promotions), this expensive version of fish oil is widely prescribed by physicians for reasons other than the very high triglyceride elevations it has an indication for.
Forbes wrote

“In the history of nutritional supplements there’s something striking about omega-3: the fact that it works. Much of the $25 billion a year that Americans spend on supplements is money down the drain”

While the second part of that sentence is true (the vast majority of supplements/nutraceuticals/minerals that Americans take in a search for longevity or arthritis relief are worthless) the first part is not true.
The subsequent  hype for the benefits of fish oil supplements, especially in the world of nutritional supplement has been outrageous and inaccurate.
A typical product description reads as follows.

“We believe this is the highest quality Omega-3 available.
This highly concentrated Pharmaceutical Grade Omega-3 Fish Oil delivers 800mg of EPA and 600mg of DHA.
The important benefits of Omega-3 have been proven in thousands of independent studies by universities, governments, and health organizations. Because of such research, people around the world are now taking fish oil for reasons ranging from brain development, mild depression and heart function to arthritis and our immune systems.
It causes NO fishy or un-pleasant after taste.
This Omega 3 has been verified by a 3rd party to be Mercury Free.”

If one reads further down the page, however, the most important sentence is the following (and this is true for all supplements_

These statements have not been evaluated by the FDA. This product is not intended to diagnose, treat, cure or prevent any disease

So , the fish oil pushers  make a series of totally unsubstantiated claims about the benefits followed by the statement that it is not intended to benefit any one in any way.
The most recent systematic review and meta-analysis of omega-3 fatty acid supplementation and the risk of major cardiovascular events (published Sept. 2012,) concluded:

“overall, omega-3 PUFA supplementation was not associated with a lower risk of all-cause mortality, cardiac death, sudden death, myocardial infarction,  or stroke based on relative and abolute measures of association”

Studies performed in the last 5 years of omega-3 PUFA supplementation do not support a role for them in reducing heart disease, either in high risk individuals without documented heart disease or those who have already had heart attacks.
Most of my patients continue to take fish oil supplements because they think that there may be a benefit without any down side. However, there are a number of potential down sides that should be considered.
1. There is no government regulation or measurement of the contaminants in fish oil supplements.
According to Consumer Reports

“Most tested pills are claimed to be “purified” or “free” of PCBs, mercury, or other contaminants, claims that have no specific regulatory definition, the Food and Drug Administration says. The agency has taken no enforcement action against any omega-3 maker over PCBs or other contaminants, an FDA spokeswoman said, because it has seen no public-health risk”

2. A major source of the fish oil in fish oil supplements, menhaden, is being over fished. Menhaden are a sardine-like forage fish that range in huge schools from Canada to Florida and into the Gulf. As filter feeders, they form an important base of the marine food chain. They have historically been harvested for food and later, for use as fertilizer and more recently for use in aquaculture and in omega-3 supplements. This fish, which has been called “the most important fish in the sea,” feeds on phytoplankton and is essential for a healthy marine ecosystem. The Atlantic States Marine Fisheries Commission (ASMFC) recently approved a 20% decrease in fish catch for the Atlantic Coast menhaden bait and reduction fisheries, The numbers of these fish have declined by 90% in the last 4 decades. Without doing extensive research on your particular fish oil supplement you can’t be sure you aren’t contributing to  this problem.
So, the bottom line on fish oil supplements is that  the most recent scientific evidence does not support any role for them  in preventing heart attack, stroke, or death. There are potential down sides to taking them, including contaminants and the impact on the marine ecosystem. I don’t take them and I advise my patients to avoid them (unless they have triglyceride levels over 500.)
Americans want a “magic-bullet” type pill to take to ward off aging and the diseases associated with it. There isn’t one. Instead of buying pills and foods manipulated and processed by the food industry which promise better health, I advise following Michael Pollan’s simple advice

“Eat food. Mostly plants. Not too much”