Should I Take A Statin Drug? Risks, Benefits and the New Guidelines 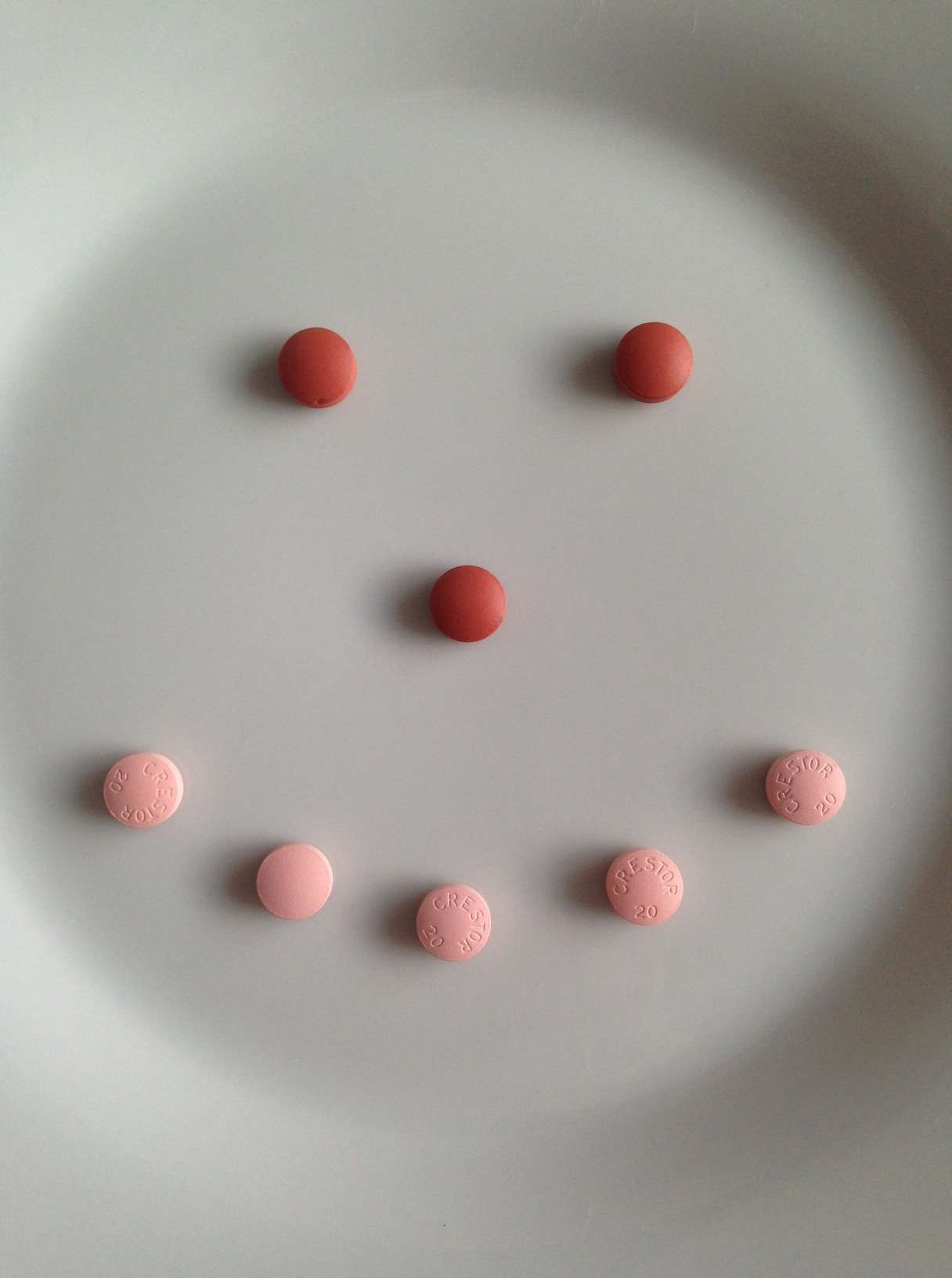 The skeptical cardiologist just returned from Washington, DC where he attended the American College of Cardiology (ACC) annual conference and visited Ford’s Theatre. I was hoping to gather more information on diet and cardiovascular disease but most of the discussions on prevention of heart disease centered around the new ACC/AHA guidelines for treating cholesterol.
A recently published analysis of the impact of these guidelines found that

As compared with the ATP-III guidelines, the new guidelines would increase the number of U.S. adults receiving or eligible for statin therapy from 43.2 million (37.5%) to 56.0 million (48.6%). Most of this increase in numbers (10.4 million of 12.8 million) would occur among adults without cardiovascular disease.

If you are a man over the age of 59 (which I just became), even without any cardiovascular disease or diabetes, there is an 87% chance the guidelines would suggest you take a statin drug.
This is a startling increase and consequently there has been a lot of criticism and questioning of the validity of these recommendations.
More importantly, for an individual patient, should you take a statin drug if your doctor recommends it? This is an especially good question if you have no evidence of any atherosclerotic cardiovascular disease (so-called primary prevention). At a minimum, you should have a very detailed discussion with your doctor about the risk and benefits of taking the medication in your particular situation.

What are statin drugs?

Statins are the most powerful, safe and effective drugs available for lowering LDL or bad cholesterol levels. They inhibit 3-hydroxy-3-methylglutaryl coenzyme A (HMG-CoA) reductase, involved in cholesterol biosynthesis. Low density lipoprotein (LDL) cholesterol concentration is lowered by reducing its production in the liver and increasing removal from the circulation. Statins also have anti-inflammatory effects, improve endothelial function, and reduce thrombus formation.
Common examples of statin drugs are Lipitor which is now available as a generic called Atorvastatin , Pravastatin, and Crestor (Rosuvastatin), which is only available in brand name form.

What are the risks of statin drugs?

When large scale randomized trials of statin drug therapy are analyzed, rates of adverse events (17%) or stopping treatment due to adverse events (12%) are similar in the statin compared to placebo/control groups.
The incidence of cancers, liver enzyme elevations, kidney dysfunction or arthritis was the same in the two groups.
There are only two side effects from taking statins I consider significant and mention to my patients:
1. There does appear to be a 9% increase in the risk of developing diabetes. Most of the patients who develop diabetes on statins were at high risk for this to begin with and the overall benefits of lowering CV disease outweighs the development of diabetes in patients who take statins.
2. Statins definitely can cause muscle aches (myalgias) and this seems to happen in about 10% of patients over time. If these develop, we stop the statin and the myalgias go away if they are due to the drug. There are no reliable studies showing any long term residual muscle weakness or ache. A very, very small number of patients develop rhabdomyolysis, in which there is severe muscle damage. These patients are almost always taking multiple medications which interact with the statins and often have kidney failure to begin with.

Some things you don’t need to be concerned with while on statins:

1. That the drug will give you Alzheimer’s or make you stupid. There is much anecdotal misinformation on the web about this, but no solid evidence of any adverse effect on cognition.
2. That the drug will destroy your liver. A small percentage of patients will develop elevations of their liver enzymes (AST or ALT) but this does not lead to liver damage and is considered so insignificant now that the FDA now longer advises checking liver enzymes in patients on statin drugs.

What are the benefits of statins in people without known heart disease?

They lower all-cause mortality by 14%, combined fatal and nonfatal cardiovascular disease by 25%, and stroke by 22%. They lower the chances that you would need a stent or bypass surgery by 38%.
Another way of looking at the benefits of a treatment is the number needed to treat (NNT).
To save one life, you would need to treat 138 patients for 5 years with statin drugs. This means that 137 patients would have done fine without taking the drug.
The higher your risk of developing atherosclerotic cardiovascular disease  (ASCVD (all the disease that occurs as a result of fatty plaque build up in the body, including heart attack and stroke)), the more likely you will benefit from taking a statin drug.
Thus, the new guidelines utilize a risk estimator that takes into account your total and good cholesterol values, your systolic blood pressure, age and whether you smoke, have diabetes or treated hypertension to calculate your risk of developing clinical ASCVD over the next ten years.
If this ten year risk is over 7.5%, statin therapy should be considered.
I’ve looked over the guidelines carefully, read a lot of the original studies and listened to the discussion and I think this is a reasonable approach. I try to present each patient with the risks and benefits and let them make the decision as to whether they want to take the drug.
Each individual has a different perspective, perhaps heavily influenced by their father having died of a heart attack in his fifties or by a close friend who feels that statins ruined his life.

The new guidelines no longer look at the LDL or bad cholesterol level as a goal or as a level for initiating treatment (unless it is super high, above 190). Thus, the only reason to be checking follow up cholesterol panels on patients who are taking good levels of statin drugs is to verify compliance and an effective reduction in LDL from baseline. I will not try to get your LDL below 100 or 70 and you will not have to worry that it is not at that level.
The new guidelines rightly emphasize statin drugs as the only drug therapy that has good outcomes data (meaning they have been show to reduce heart attacks and strokes) supporting their use in primary prevention.
Ezitimibe (Zetia) is a commonly prescribed drug which lowers LDL cholesterol but is expensive and has never been shown to lower heart attack or stroke risk and, in my opinion, should not be prescribed.
Our goal should be prevention of heart disease, not lowering LDL levels or triglyceride levels.
I believe that we can fine tune which patients will and will not benefit from statin therapy by looking for evidence of what is called “subclinical atherosclerosis.” I plan to review this in a future post.
For now, I leave you with the humorous line from the play “Our American Cousin” that caused the distracting laughter during which John Wilkes Booth shot Lincoln in Ford’s Theatre (which is not far from the Washington Convention Center and well worth visiting!)

“Don’t know the manners of good society, eh? Well, I guess I know enough to turn you inside out, old gal — you sockdologizing old man-trap.”

Tell your cardiologist you will sockdologize him if he doesn’t give you a good discussion of the risks and benefits of the statin drug he is recommending.