Last weekend the skeptical cardiologist and his Eternal Fiancee’ walked to Público, a restaurant in the Delmar loop that was recently named the best new restaurant in St. Louis by Sauce magazine.
Walking (instead of driving) to restaurants is a great way for us to get aerobic exercise into our hectic days, which we know makes us feel better and which may also be improving the quality and quantity of our years.
A presentation at the 2015 European Society of Cardiology meetings which was widely picked up by various media outlets with the headline “25 Minutes Of Daily Walking Adds 7 Years To Your Life”  touches on this.
The author of that study, a British cardiologist, was quoted as saying:

‘Exercise buys you three to seven additional years of life. It is an anti-depressant, it improves cognitive function and there is now evidence that it may retard the onset of dementia.’

“we may never avoid becoming completely old, but we may delay the time we become old. We may look younger when we’re 70 and may live into our 90s.‘

We moved to University City from the western suburbs of St. Louis for, among many reasons, the opportunity to do more walking around our neighborhood for errands, recreation, dining out and entertainment.
Researchers have studied how such factors can influence lifestyle.
A study in Ghent, Belgium investigated whether neighborhood walkability (higher residential density, land use mix, street connectivity) was positively associated with physical activity in Belgian adults.

Living in a high-walkable neighborhood was associated with more accelerometer-based minutes of moderate-to-vigorous physical activity (38.6 vs. 31.8 min/day, p<0.001), transportational walking and cycling, recreational walking, and less motorized transport (all p<0.05).

This study confirmed previous similar studies in Australia and the United States, demonstrating that the design of your neighborhood strongly influences how much you drive a car versus walk.

Walkability has been defined as “the extent to which the built environment is walking friendly.”
Walkscore.com is a website (which my friend, and legendary New York City flaneur, David Alquist, made me aware of), which attempts to quantify walkability.
Enter your zip code or address and the site will use its patented methodology to give you a Walk Score for your neighborhood.

Walk Score measures the walkability of any address using a patented system. For each address, Walk Score analyzes hundreds of walking routes to nearby amenities. Points are awarded based on the distance to amenities in each category. Amenities within a 5 minute walk (.25 miles) are given maximum points. A decay function is used to give points to more distant amenities, with no points given after a 30 minute walk.

Health: The average resident of a walkable neighborhood weighs 6-10 pounds less than someone who lives in a sprawling neighborhood.1

Environment: 82% of CO2 emissions are from burning fossil fuels.3 Your feet are zero-pollution transportation machines.

Finances: Cars are the second largest household expense in the U.S.4 One point of Walk Score is worth up to $3,000 of value for your property.5Read the research report.

Communities: Studies show that for every 10 minutes a person spends in a daily car commute, time spent in community activities falls by 10%.6 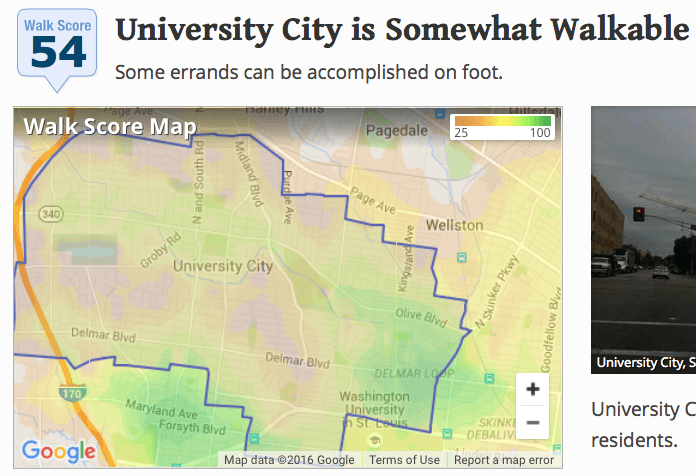 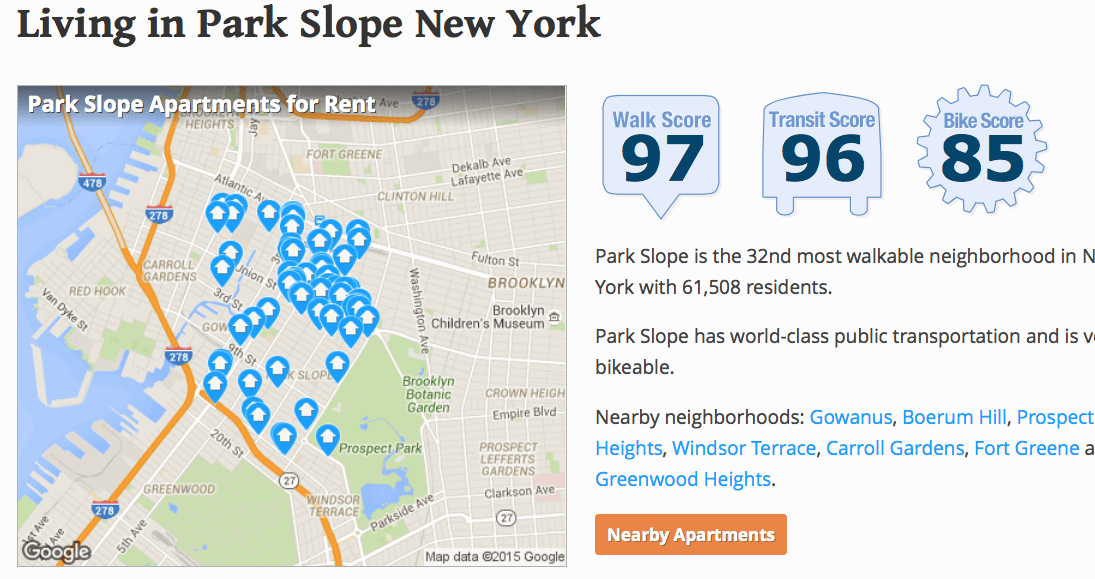 Despite my perception that our new neighborhood allows us much more opportunity to engage in pleasant walking for recreation and transportation, the Walk Score for our zip code is only 54, putting us in the somewhat walkable category.

David’s neighborhood of Park Slope, on the other hand, has a score of 97, one of the best places in the world for walkability.

Obviously, the Walk Score is not a perfect measure of true walkability but it’s a start at looking at the issue.

Publico and the Leeks

After walking 1.1 miles (2250 steps) to Público, the Eternal Fiancee’ and I felt really good about sampling some of their awesome Latin-inspired dishes. 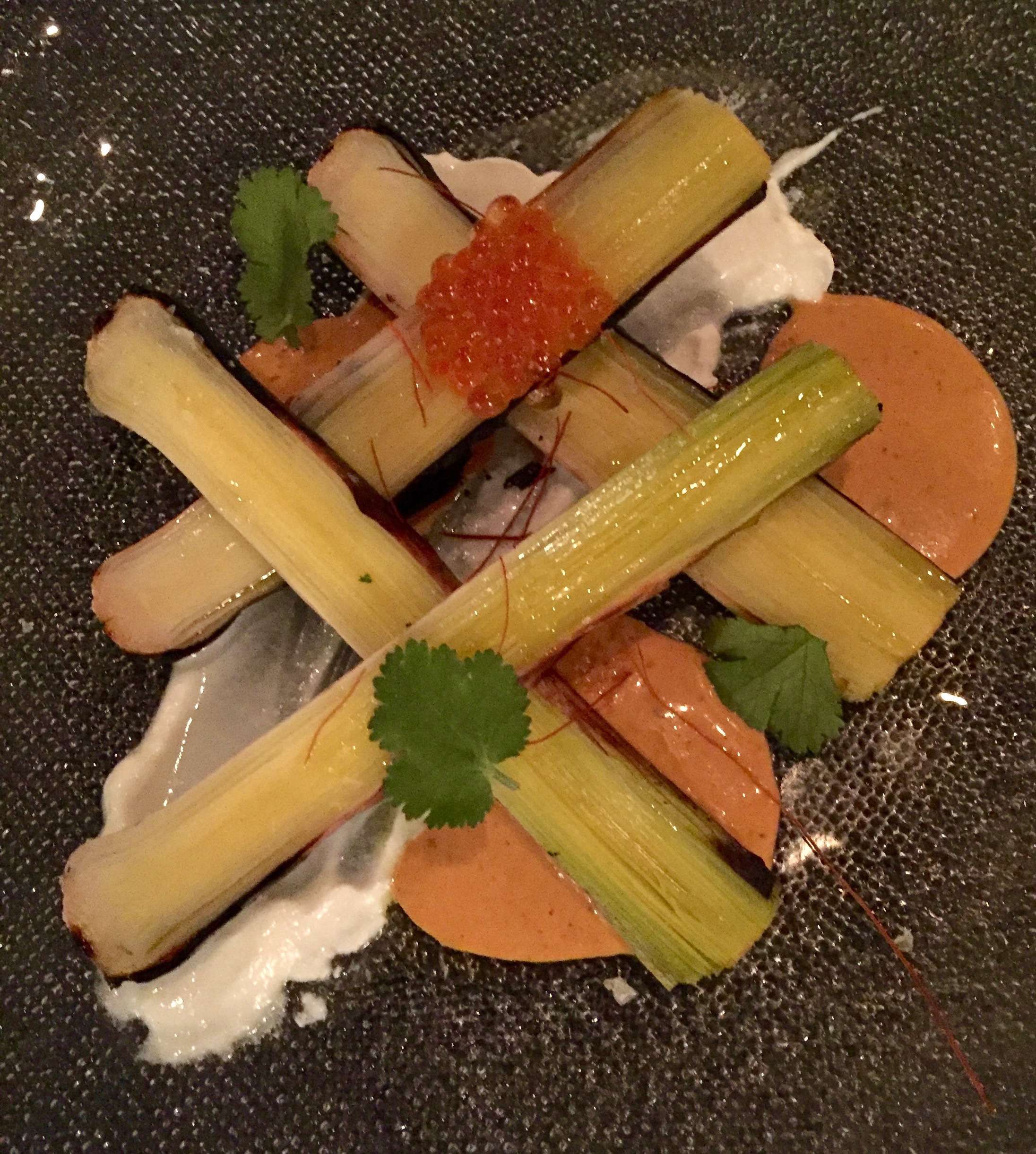 I could not resist ordering the Leeks (aji rocoto, arbol, crema, blis roe),the national emblem of my birthplace, Wales.
The leeks were great; I concur with what this reviewer wrote:
“A simple order of leeks arrived as a work of art, decorated with bright roe and surrounded by crema that demanded to be licked from the plate. ”
Walking home from Público, we passed the chain that the Eternal Fiancee’ unsuccessfully tried to hurdle a few weeks earlier after a run to the Delmar Loop. Although the fall that resulted from that failure resulted in severe elbow and back injuries, we are still convinced that using our feet for transportation is healthier in the long run.
For 2016 I encourage all my patients to walk more and eat more leeks!
Happy MLK day,
-ACP
If you’d like to read a good, in-depth article from Slate about Walk score, see here.

And if you’d like to visit Público here is there info:

1 thought on “Walking To Público: Leeks and Life Extension”