Death and Taxus In The Garden of Mildred

A few days ago, the eternal fiancee’ (ETOSC) and I drove from Cardiff-by-the-Sea to the UCLA medical center so that I could undergo a Gallium 68 DOTATATE PET scan.
We arrived at the med-center an hour early and took a walk around Westwood. It was a beautiful, sunny day, in the high 60s, a pleasant contrast to the snowy cold we left behind in St. Louis. 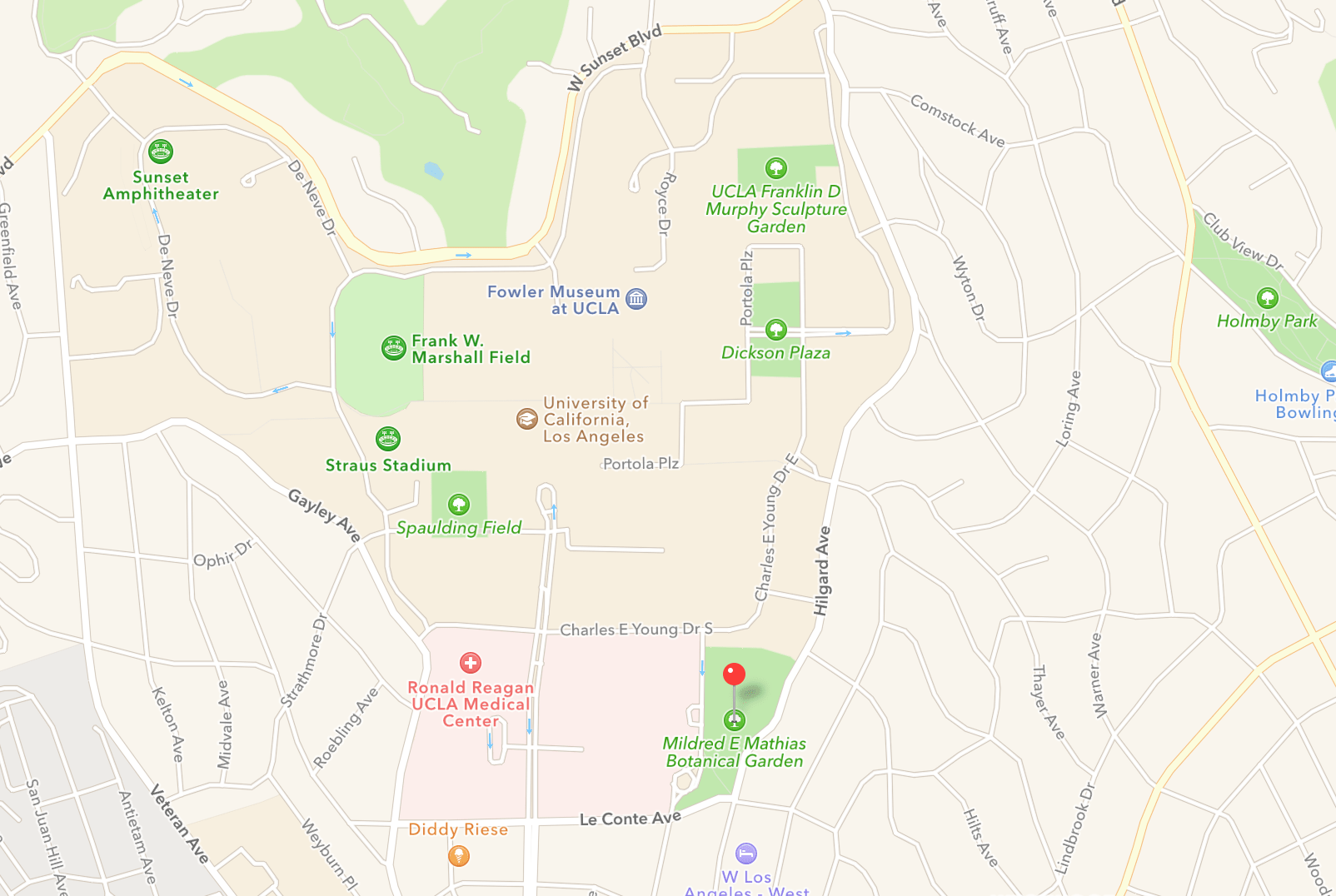 I had spotted on Apple maps a tiny, triangular splash of green labeled “the Mildred Mathias Botanical Garden” and thought this might serve as a pleasant diversion prior to being irradiated.
As we rounded a  corner across from the UCLA campus, the towering medical complex buildings yielded to an unassuming area of lush foliage. We navigated our way across a busy street, followed a small unmarked path and suddenly found ourselves surrounded by a wide and fascinating  variety of taxonomically labeled trees, bushes and flowers.

This, then,  was the Mildred Mathias botanical garden. I had never heard of Mildred but it turns out she had been an immensely important person in the world of botany, ethnobotany and ecotourism.

Mildred (1906-1995) was born and raised (according to her LA Times obituary) “in a small town in the Missouri Ozarks”  (in actuality this was Sappington, now a suburb in  South St. Louis County) and ended up matriculating at Washington University, the college three of my children have attended.   According to the website of the botanical garden:

“There Mildred majored in mathematics until her junior year, but switched to botany when classes for her major were unavailable, and when the Dean of Engineering would not give permission to a woman to take a math course in his male-only college. Fortunately, Mildred was soon hooked on botany, and at Washington University earned the A.B. (1926), M.A. (1927) and Ph.D. (1929) while conducting her graduate research at the Missouri Botanical Garden.”

Quite difficult to comprehend that 90 years ago a woman could not take a class  in the Washington University School of Engineering, the school at which my youngest daughter is now  studying computer science.
During her illustrious career she established herself as an expert in identifying and classifying members of the carrot family (umbellifers)  and, in 1954, an umbellifer  from northeastern Mexico was named as the genus Mathiasella in her honor. Her expertise on umbellifers earned her early international recognition in taxonomy, and in 1964 she was elected as the first woman president of the American Society of Plant Taxonomists.

From Poison To Medicine

In her eponymous gardens, I searched for significant cardiac medicinal plants. I was hoping to encounter the magnificent and legendary foxglove of which I have frequently written.

Alas, no digitalis purpurea was to be found but I did discover a bedraggled  English Yew (taxus baccata.)
Interestingly, Avicenna, a Persian polymath described the use of taxus baccata as a cardiac medicine in the formulary section of  his Canon of Medicine, published in 1025.
At least one author believes this was the first known use of a calcium channel blocker. Calcium channel blockers such as amlodipine, diltiazem and verapamil are widely used  in cardiology in treating hypertension and rapid heart rhythms.
On the other hand, the seeds, leaves and bark of the yew tree have long been known to be highly poisonous: ancient Celtic warriors often chose to ingest yew tree  poison to end their lives rather than be captured alive  by Roman conquerors.
A relative of the English yew, the Pacific yew (taxus brevifolia) became known for its medicinal properties. Native Americans, for example,  felt that yew extract could impart strength, treat internal injuries and lung disease. Stimulated by these observations, American scientists discovered that the bark of  the Pacific yew contained a toxic ingredient that worked  at a cellular level to inhibit the progress of some cancers.
This chemical, named paclitaxel or Taxol is now used to treat certain types of breast, lung and ovarian cancers.

The Yew’s Role in Cardiology

What, you might ask, does any of this have to do with current cardiology?
Fortunately, there is a connection because paclitaxel also plays a pivotal role in interventional cardiology.
Beginning in the 1980s cardiologists figured out how to open tightly blocked coronary arteries using catheter-based balloons. Subsequent work led to the development of stents which worked as scaffolds to keep the arteries from collapsing after expansion. However, scar tissue growth on these early stents (now called bare metal stents) often led to recurrent narrowing of the coronary arteries, limiting their long term effectiveness. 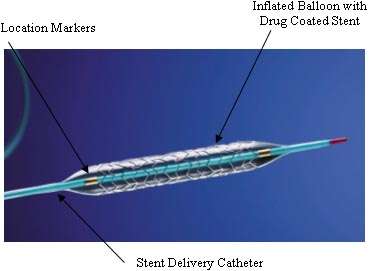 The problem of recurrent narrowing or restenosis of the stents led to the development of coronary stents that were coated with agents that worked against the tissue lining the artery forming scar.
Taxol is now used in these drug-eluting stents and has proven successful at preventing restenosis.
Boston Scientific markets their stent as the TAXUS™ Liberté™ Paclitaxel-Eluting Coronary Stent System in a direct reference to the yew tree.
As a result,  I like to say that the yew  is responsible for death and Taxus, the two things in life, according to Benjamin Franklin,  of which we can be certain.
Apologies,
-ACP

8 thoughts on “Death and Taxus In The Garden of Mildred”