The skeptical cardiologist found himself reading a cookbook the other day, something he heretofore had avoided. Cookbooks somehow seem archaic and, I presumed, exclusively the domain of the women in my life.  My mother had loads of them, hiding their food-stained bindings behind a cabinet door in my childhood kitchen. Whereas I can stare longingly at all manner of books on  bookstore shelves, I scrupulously avoid the cooking section, finding nothing that intrigues or attracts me in their heavily illustrated contents.
The eternal fiancee’ of the skeptical cardiologist (EFOSC), I believe, had requested I find the recipes for several dishes we (more accurately, she) could prepare the next week and had headed off to Whole Foods or Nordstrom Rack or Pier 1 (all of which, strangely and conveniently sit side by side). 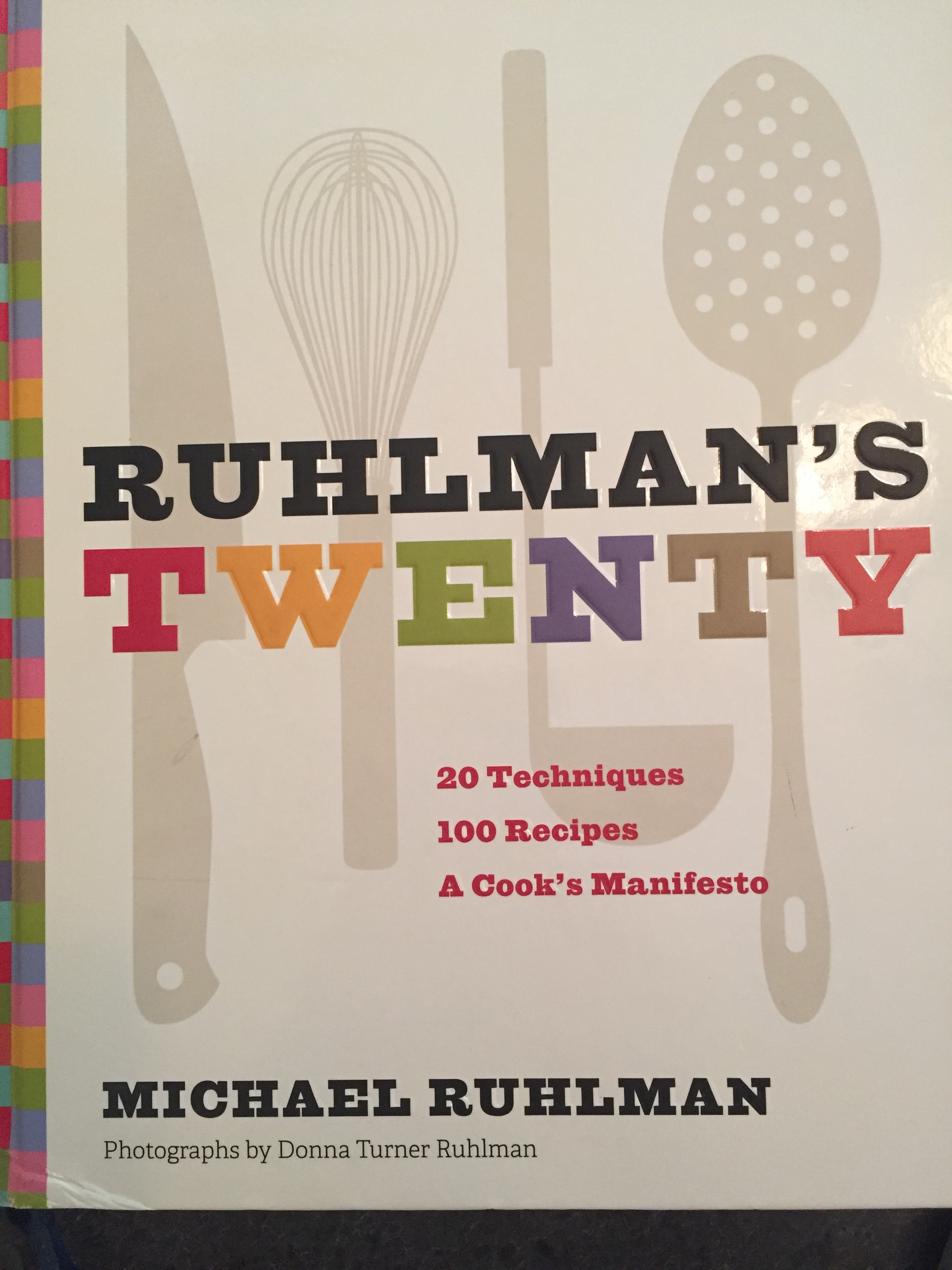 After receiving directions on where these mysterious tomes resided, I grabbed the cookbook that looked the most interesting: Ruhlman’s TWENTY: 20 Techniques, 100 Recipes, A Cook’s Manifesto. Instead of searching for recipes I ended up being distracted by Chapter 2: Salt: Your Most Important Tool.
In Chapter 2, Ruhlman makes the bold statement that “if you don’t have a preexisting problem with high blood pressure and if you eat natural foods-foods that aren’t heavily processed-you can salt your food to whatever level tastes good to you without worrying about health concerns.”
As I’ve written previously, I agree with him, and a recent article published in The Lancet casts further doubt on recommendations for the general population to limit sodium consumption drastically.
In the Lancet article, the authors did a pooled analysis of four large prospective studies involving 133118 patients in 49 countries. They studied the relationship between salt consumption, measured by 24 hour urine excretion of sodium (because what goes in must come out) and the incidence of cardiovascular disease and death over about 4 years.
The findings:

If we have to worry about anything with salt consumption, this study (and others) suggests that it is consuming too little salt.
The only group that need worry about too much salt consumption is those who have hypertension and who consume a really large amount of salt.  Since the average American Average consumes 3.4 grams per day of salt, very few of us are consuming over 7 g/day.  Despite this, The American Heart Association continues to stick by its totally unjustified recommendation that sodium levels be no higher than 1,500 mg/day, and other organizations recommend sodium levels below 2,300 mg/day.

What Kind of Salt Should We Consume

Why? Because “salt is best measured with your fingers and eyes, not with measuring spoons.”

“Coarse salt is easier to hold and easier to control than fine salt.”

He feels that salting is an inexact skill and one should always salt to taste.

“When  recipe includes a precise measure of salt, a teaspoon, say, this is only a general reference, or an order of magnitude–a teaspoon, not a tablespoon. You may need to add more. How do you know? Taste the food.”

These words were music to my ears as I am an advocate of serendipity, chaos and creativeness in the kitchen.  When I make a frittata, as I did this morning, I measure nothing precisely; not the butter and olive oil used to sauté, the bell peppers, onions and garlic; not the milk mixed with the eggs; not the cheese sprinkled on top; not the time spent in the oven or even the heat; and most assuredly, not the salt and pepper. 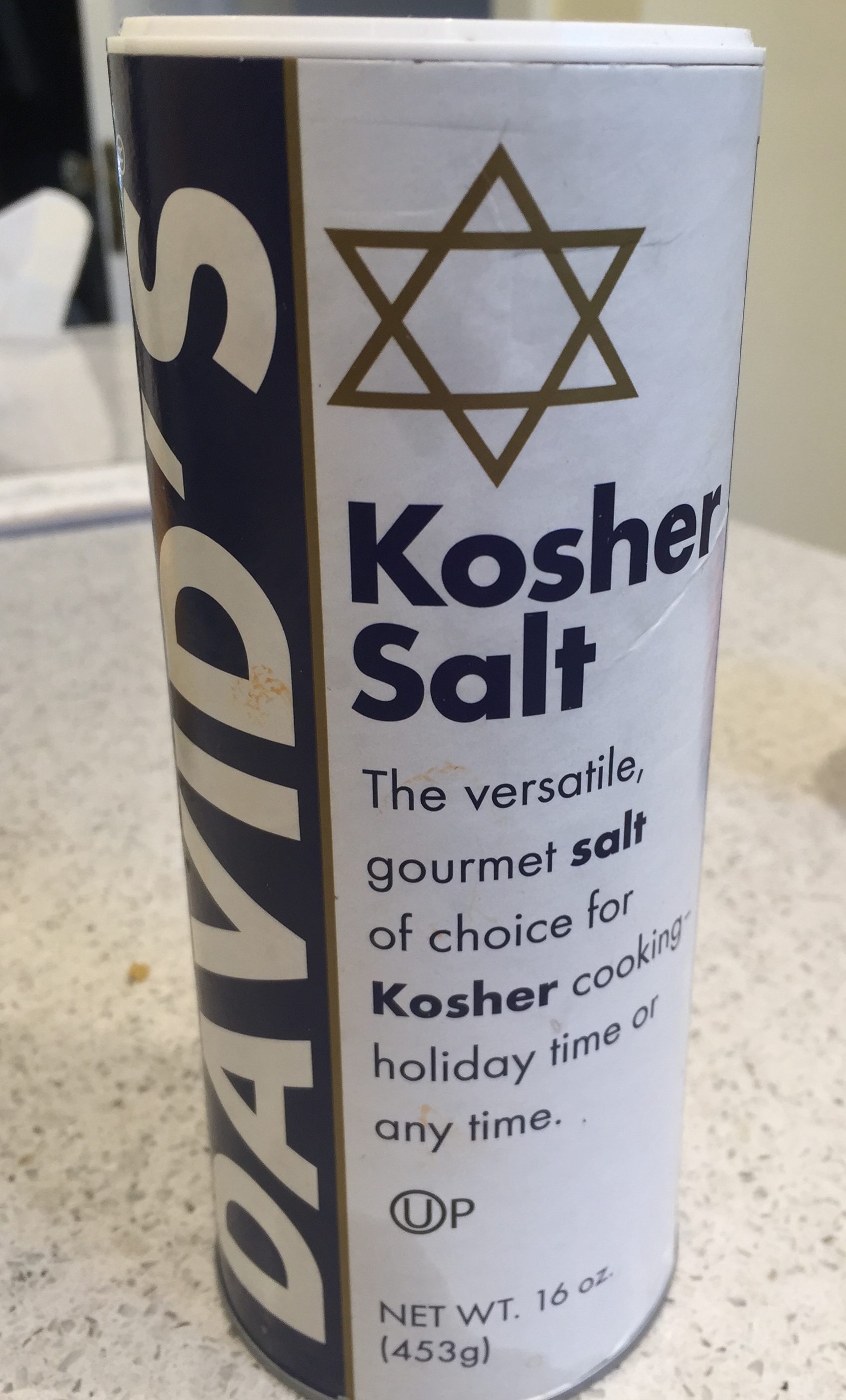 At the end of the frittata creation process I took a bite. It was delicious but it needed something: a touch more salt. I sprinkled some David’s kosher salt on top and tried again, Perfection!

Although I have hypertension, I know (see discussion here) that my salt consumption is way below 7 grams/day and, if anything, based on the most recent studies, I should be worrying about too little sodium in my diet.

As I outlined in one of my previous posts on salt, here is what I tell my patients: