Do You Know What's On Garry Shandling's And Your Parent's Death Certificate?

When someone who had appeared to be healthy dies suddenly, it is often assumed that he/she died of “a massive heart attack.” Certainly, this was the case in the recent unexpected sudden death of Garry Shandling, the actor and comedian.  Shandling, aged 66, died March 24 of this year.
ET online reported:
“His publicist Alan Nierob told the ET that Shandling had no history of heart problems, but that doctors believe he died as the result of a heart attack.”
Although a heart attack resulting in ventricular fibrillation is the most common cause of a sudden, unexpected death in individuals over the age of 40, it is not the only one.
In fact, People  magazine reported that Sanders experienced shortness of breath and pain in his legs just a day before his death, and that he spoke to a doctor friend about his symptoms, who stopped by that night to check on him,
Shortness of breath and pain in the legs raise the possibility of a clot or DVT in the leg, which can break loose and embolize into the pulmonary arteries. Such a pulmonary embolism, if massive, can result in swift and sudden death.
The LA Coroner’s office could not get Sanders’ physician to sign his death certificate and the cause of death has still apparently not been determined, pending toxicology testing which typically takes 6 weeks.

What’s On Your Parent’s Death Certificate

More important than what is on Garry Shandling’s death certificate is what is on your parent’s death certificate, and whether it is accurate. If one of your parents died prematurely and suddenly, it is  important to know with precision what caused it. If the cause was an heritable cardiovascular condition, hopefully, appropriate testing can determine if you have that condition, and steps can be taken to prevent your premature demise.
Examples of inherited cardiovascular conditions (in addition to heart attack (myocardial infarction) or pulmonary embolism) that can cause sudden and unexpected death include aortic aneurysm dissection, hypertrophic cardiomyopathy, arrhythmogenic right ventricular dysplasis, and long QT syndrome.
Unfortunately I find that, at least in my patients, uncertainty about the cause of death of one’s parents is the norm.
Many of my patients, for example, tell me one of their parents died of a “massive heart attack” and they assume that they are at increased risk of the same fate. When I press for details, typically no autopsy was performed.  Mom or dad may have been found dead at home, or they may have suddenly keeled over but not survived to make it to the hospital for a definitive diagnosis.
Without an autopsy in such circumstances, it is not possible to be sure of the cause of death.
Even if you have a cause of death listed on your parent’s death certificate, there is no guarantee that it is accurate.  The doctor that filled it out, without an autopsy in many circumstances, is just speculating on the cause based on what he/she knew about prior medical conditions and the circumstances surrounding the death.
I was recently asked to fill out the death certificate of an elderly patient of mine who had atrial fibrillation and congestive heart failure and was living in a nursing home.
One night she was noted by the staff to be very short of breath and was taken to a local  emergency room where she was pronounced dead.
Based on the information available to me, I had no idea what caused her death. Although she had quite signifiant cardiac problems, when I last saw her she was stable and I have numerous patients with the same conditions who live for decades.
I filled out the death certificate, listing all of her conditions, and entered in that the cause of death was unknown.
Although the CDC guide for physicians filling out death certificates clearly states that this is acceptable, I was subsequently informed that the funeral home did not accept unknown cause of death and that they had found another doctor to fill in a cause  of death.
I guarantee you, whatever he put on as the cause of death was total speculation.
Jerry Seinfeld was good friends with Garry Shandling and, oddly enough, not too long ago, featured him in an episode of his internet series “Comedians in Cars Getting Coffee” entitled “It’s Great That Garry Shandling Is Still Alive.” 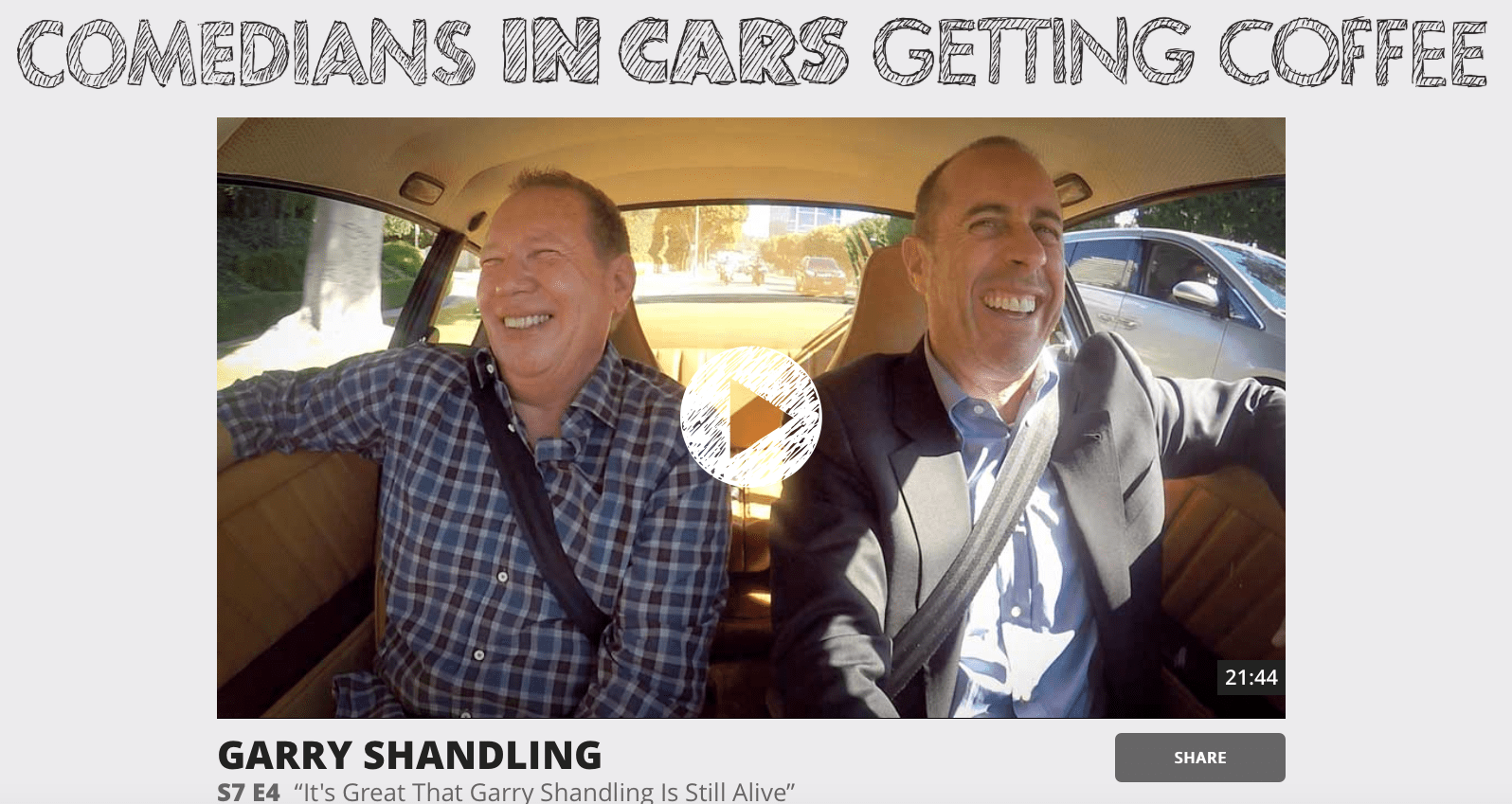 Shandling mentions “I had hyperparathyroidism,” making a joke that “the symptoms are so much like being an older Jewish man, no one noticed!”
James Fallows, the excellent The Atlantic writer, highlights his own experience with hyperparathyroidism (a disease that leads to high calcium levels and is easily treated with surgery), in a recent Atlantic article. The subtitle of this article, “a rare and under-publicized condition that can sometimes be fatal,” suggests that hyperhyperparathyroidism might have led to Shandling’s death.
I don’t think this is likely because Shandling suggests that the disease is in the past tense (i.e. he has already had the surgery), and sudden death from hyperparathyroidism would be extremely unlikely.
Fortunately, Shandling is getting a full examination and autopsy to fully determine the cause of his death. If he has offspring, this will be extremely helpful to them in understanding what medical conditions they can expect later in life.
If he was not a celebrity, his death, like many of your parents’, most likely would have been ascribed to a “massive heart attack.”

1 thought on “Do You Know What's On Garry Shandling's And Your Parent's Death Certificate?”