Sigmund Freud and the Cocaine Cure For Opioid Addiction

“I sneered at the poor mortals condemned to live in this valley of tears while I, carried on the wings of two leaves of coca, went flying through the spaces of 77,438 worlds, each more splendid than the one before.
An hour later I was sufficiently calm to write these words in a steady hand: “God is unjust because he made man incapable of sustaining the effect of coca all life long. I would rather have a life span of ten years with coca than one of 1000000 … (and here I had inserted a line of zeros) centuries without coca.

These are not the words of the skeptical cardiologist nor those of his childhood hero, Sigmund Freud.
They were, we learn in the early pages of  Frederick Crews’ new book “Freud: The Making of an Illusion,” written by the earliest European coca researcher, Paolo Mantegazza, “a boisterous Italian neurologist, anthropologist, and sexual reformer.”
Sigmund Freud apparently heartily endorsed Mantegazza’s
overwhelming positive observations on coca writing in his 1884 monograph “On Coca”: 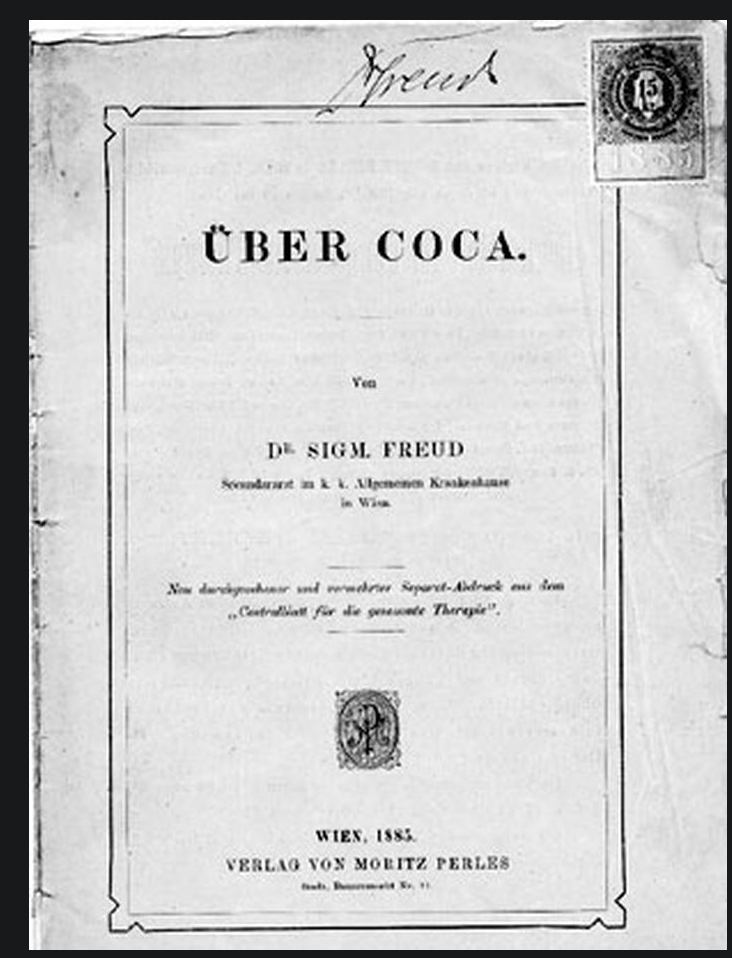 As a teenager I eagerly read all the Freud books I could find at my local library. I offered to interpret my friend’s dreams based on Freud’s methods in “The Interpretation of Dreams.” I was fascinated by the separation of the mind into a moral superago, a conscious ego and an unfelt and dark id. I marveled at his ability to uncover deep hidden experiences and cure his patients. I tried to use his concepts and techniques to understand literature, life and art.
Over the ensuing decades, however, I gradually came to realize that most if not all of his work was nonsense. I embraced the scientific method and left psychology and psychoanalysis far behind.
I hadn’t really thought about Freud much until the release of Crews’ “Freud” which convincingly portrays Freud as a very poor scientist but excellent liar, self-promoter and charlatan.
It is a fascinating read even if you weren’t obsessed with Freud as a teenager.
Early in the book we learn that Freud, who had primarily been working in the field of histology (basically looking at tissue under a microscope), suddenly switched fields in order to garner attention and money.
In the 1880s cocaine was not regulated in any way. In fact: 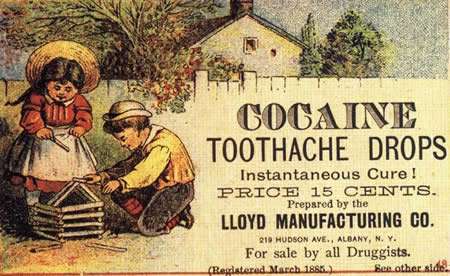 “ In the United States, low-grade cocaine was being added to soda pop, cigars, and cigarettes, consumed as a general tonic, and prescribed to ease hay fever, sinusitis, and even teething. Meanwhile, one cocaine-laced wine, 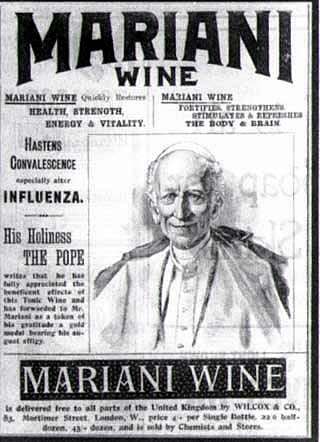 Vin Mariani, in circulation since the 1860s, was still being consumed internationally in the first years of the new century. Its devotees included President McKinley, Czar Alexander II of Russia, and Queen Victoria, and it was endorsed in advertisements by Pope Leo XIII, who was said to carry it everywhere in a hip flask.”

Freud had heard of a German physician using cocaine to energize exhausted soldiers and obtained a gram of cocaine from the German pharmaceutical company, Merck.

“On April 30, 1884—Walpurgisnacht, or the folkloric night of supposed witchcraft and trafficking with the Devil—he tasted cocaine powder and imbibed his first .05 gram solution of it, marveling at its mood-elevating capacity. And from that night forward he would regard the drug as the most precious and restorative substance on earth.”

After this, Freud became a regular user of cocaine and within two months wrote his monograph “On Coca” which gushed over the curative properties of cocaine for a whole host of ailments but glossed over the potential dangers of the drug.
The monograph was riddled with errors. For example:

“Freud was confounding “the effect of coca leaves”—the leaves that Mantegazza had been excitedly gnawing in Peru in 1858, three years before cocaine had been chemically isolated—with cocaine itself. The very title of Freud’s paper—not “On Cocaine,” as it is sometimes cited, but “On Coca”—fostered that same confusion, which was never rectified in the body of the text. The misrepresentation was as gross as if he had judged the physiology of wine consumption by citing that of grapes, or as if he had confused hashish with hemp.”

Although his letters clearly show he had only had possession of cocaine months before completing the paper, he pretends to have extensive experience in using it for therapeutic purposes.

“At various points “On Coca” hinted that its author possessed a long and judicious familiarity with cocaine and its effects. “Time and again” (zu wiederholten Malen), wrote Freud, as if looking back on many years of pharmaceutical experience, he had relieved his colleagues’ stomach problems with cocaine. Copious experience with patients could also be inferred from his endorsement of cocaine regimens to intervene against depression, heart problems, and “all diseases which involve degeneration of the tissues.”

In particular, he enthusiastically endorsed its use in curing patients suffering from morphinism, an addiction to opioids.

“As a physician, though, Freud was most exhilarated by the many cures of morphinism that had been narrated in back numbers of the Therapeutic Gazette.* “On Coca” conveyed an impression that such cures were commonplace in America. Coca, Freud wrote (meaning cocaine), appears to have “a directly antagonistic effect on morphine.”  Moreover, it probably doesn’t get stored within the organism, and therefore “there is no danger of general damage to the body as is the case with the chronic use of morphine.” Hospitalization of the patient, then, is quite unnecessary; the whole regimen can be brought to a successful end, with only trivial complications, in a matter of days. And Freud recounted that he had personally “had occasion to observe” just such a happy outcome.

Presaging our current problems with pharmaceutical industry sponsored research (chocolate, sugar, etc.) and predatory journals, it turns out that the Therapeutic Gazette was owned and edited by Parke-Davis pharmaceutical firm which had supplied the cocaine for the miraculous cures described in its pages.

Freud convinced his friend, the distinguised scientist and academic Ernst Fleischl von Marxow, to utilize cocaine to cure his (Fleischls’) morphine addiction. Fleischl had became addicted to morphine after acquiring an infection which required having his thumb amputated.
Although the experiment was a total failure (Fleischl ended up addicted to both morphine and cocaine) Freud describes the treatment in his monograph as an unmitigated success.

“When the bare facts of Freud’s relations with Ernst Fleischl are set forth, it is tempting to regard Freud as a sociopath. Before Freud offered him cocaine, Fleischl, though continually suffering, was a brilliant scientist, polymath, and man of the world. Afterward, he gradually became what Freud called “a broken man” and “a mass of eccentricities,”1 subject to insomnia, hallucinations, inability to eat, personality changes, and horrific wasting as he lapsed into invalidism and died in 1891. Freud bore a large measure of responsibility for that transformation, yet he refused to own up to it during Fleischl’s lifetime. On the contrary, he represented his prescription of cocaine against Fleischl’s morphine  have as having been proved a signal success.”

Freud would go on to repeat the lie of successful cocaine treatment for opiod addiction in subsequent presentations and papers. He would collaborate with Parke-Davis to promote cocaine usage..
These actions undoubtedly contributed to a subsequent boom in cocaine usage and the eventual discovery of the dangers of cocaine addiction.
Fleischl’s cocaine habit became so large that the magnitude of his orders for cocaine from Merck caused the company to assume that he and Freud were engaged in active research with the drug.
It appears that science has always had its miscreants. We can see in Freud’s techniques for promotion of cocaine many of the methods that current day snake oil and nutraceutical salesman utilize.
Although we have developed higher standards for scientific studies and papers, the rise of predatory journals is jeopardizing scientific credibility in a manner similar to the Therapeutic Gazette of the 1880s.
Posthanksgivingly Yours,
-ACP