Why You Should Ignore "The Plant Paradox" by Steven Gundry

The skeptical cardiologist first encountered the blather of Dr. Steven Gundry while researching and writing a post entitled  The #1 Red Flag of Quackery.

Gundry came across my radar screen due to the popularity of 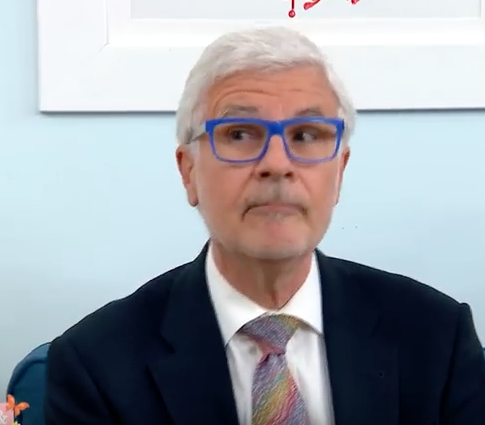 his useless supplements and his pseudoscientific justifications.

He is also widely described as a cardiologist but he is not,  He is a  cardiothoracic surgeon.

He wrote a book published in 2009 entitled Dr. Gundry’s Diet Evolution in which he states:
“Until six years ago, I primarily flexed my survival muscles as a heart surgeon and researcher on how to keep heart cells alive under stress”.
Indeed up until 2004 Gundry was a well-respected cardiac surgeon but since then he has been selling diet books and supplements on his website, gundrymd.com.
Gundry is also a Goop doctor.
I’ve been meaning to write specifically about his most popular useless supplement, Vital Reds.
In the meantime, Gundry has  come out with another best-selling.  book entitled  “The Plant Paradox: The Hidden Dangers in Healthy Foods That Cause Disease and Weight Gain”.
This book claims to reveal to its readers the great dietary “secret” that is causing almost all chronic diseases. Of course, Gundry is the only person with the brilliance and insight to have recognized this. Only those who are willing to plunk down the money to buy his book will learn this secret and the (mostly gobbledook) science behind it.
This  technique of convincing the naive that only you are aware of the “hidden” factor which is  the cause of their various maladies is a standard come-on in the world of pseudoscience.
The Plant Paradox would have you believe that lectins are the major danger in our diet.
I’ve come across four  well-researched pieces which destroy any validity to the concepts put forth by Gundry in The Plant Paradox.

Campbell: Is It Possible Gundry Is Out To Make A Quick Buck?

The first is from T. Colin Campbell of China Study fame. While I don’t agree with his overall dietary philosophy (see here) in his article he has taken the time to read Gundry’s book in detail and address in great detail the multiple bogus claims and the lack of scientific support. Campbell begins:

The claims come fast and furious in this book, stated with a degree of certainty, without nuance, that undoubtedly appeals to many readers. But the referencing is so lacking and sloppy that Dr. Gundry should be embarrassed. The references that are cited in this book do a poor job of trying to justify its claims. And the bulk of the author’s wild claims lack references at all, with several examples of easily verifiable falsehoods. Because his claims are quite profound and novel, referencing of the findings of others and his own results are especially important. This is especially troubling for an author who touts his own research experience.

After debunking Gundry’s lectin claims , Campbell suggests that Gundry’s major goal is selling more useless supplements, including one that will protect readers from the dreaded lectin:

In conclusion, there are many people who desire good health and deserve good information and we resent that they must suffer such poor quality and confusing information under the assumption that it is good science. Is it possible that Dr. Gundry is just out to make a quick buck? He admits that his patients give up to a dozen vials of blood for testing every couple of months at his clinic. Overtesting is common practice in supplement-driven clinics. This extensive testing, (which are another topic), is almost always used to demonstrate some type of nutritional pathology, which of course can only be corrected by taking the suggested supplements. And of course, Dr. Gundry sells supplements, including “Lectin Shield” for about $80 a month. According to his website, “This groundbreaking new formula was created to offset the discomforting effects of lectins (proteins commonly found in plants that make them harder to digest). Lectin Shield works to protect your body from a pile-up of lectins and to promote full-body comfort.”

Are Lectins The Next Gluten?

The second article I highly recommend was written for The Atlantic last year by one of my favorite medical writers, James Hamblin, MD.
Entitled, “Lectins Could Become the Next Gluten“, the article combines a tongue–in-cheek commentary with interviews with scientists who debunk Gundry’s claims. Hamblin also interviews Gundry which is particularly revelatory as to Gundry’s lack of credibility.
Although Gundry claims his writing is not motivated by money, Hambling notes:

Yes, he also sells supplements he recommends. The last 20 or so minutes of his infomercial is a string of claims about how supplies are running low, and it’s important that you act immediately, and that if you do manage to get through to a customer representative you should order as much as you have room to store—the shelf life is great, etc. And the necessity of supplements is the crucial argument of the book. He writes, “Getting all of the nutrients you need simply cannot be done without supplements.”
The GundryMD line of products includes something he invented called vitamin G6. Another is a “lectin shield” that’s “designed to neutralize the effects of lectins.” These are available on his website for $79.99. There you can also get six jars of Vital Reds for $254.70.

Are Lectins As Toxic As Oxygen?

David L. Katz, MD, MPH, FACPM, FACP, FACLM, who has way too many letters after his name wrote “Do We Dare Eat Lectins?” and concluded that Gundry’s idea that “the binding of lectins from plant foods to our cells is a major cause of ill health, and thus we must all fear and avoid lectins” is “utter nonsense.”

The answer to- “should you fear lectins now?” is- yes, if and only if you do the same for oxygen.
As I recently noted to a colleague, oxygen is not a theoretical toxin with theoretical harms in people; it is a known toxic with established harms. The atmosphere of our planet is thus highly analogous to the dietary sources of lectins: both contain compounds with potentially toxic effects, but net benefit is overwhelming both from eating plants, and breathing.

Eat Your Beans But Skip Reading The Plant Paradox

Finally, I’ve updated this post with a skewering of Gundry’s latest book “The Longevity Paradox” written by Joel Kahn, MD

In the Longevity Paradox Gundry comes up with his own unique and totally unsubstantiated theory of atherosclerosis (the build up of plaque in our arteries which causes heart attacks). Kahn points out that there is nothing in the scientific literature to support this theory:

“On pages 97–101, Dr. Gundry provides a theory of atherosclerosis that he provides to support the central role of avoiding lectins for health, the thesis of his The Plant Paradox. He provides ideas about molecules called Neu5Gc and Neu5Ac and how the differences amongst species. As humans do not make Neu5Gc, or so he asserts, eating lectins, and particularly grain lectins, bind to our tissues which “lays the groundwork for heart and autoimmune diseases in spades”. How many references to scientific studies are provided in these 5 pages to support this novel and bold assertion? Zero! I was intrigued enough to do my own literature search and can confirm zero exist. This is another example of hypothesis or fiction presented as an established fact because Dr. Gundry has a white beard like Santa and a medical degree. Shame, shame.”

Hambling closes his piece by noting that book publishers have no accountability for publishing dietary/health misinformation as they are incentivized to publish and profit from the most outrageous claims.

This is a problem much bigger than any plant protein. Cycles of fad dieting and insidious misinformation undermine both public health and understanding of how science works, giving way to a sense of chaos. It seems that every doctor has their own opinion about how to protect your body from calamity, and all are equally valid, because nothing is ever truly known.

Lectiophilically
-ACP
N.B. Gwyneth Paltrow (GOOP) deserves a prominent place in the Quackery Hall of Shame.
Julia Belluz of Vox has a typically spot-on piece about GOOP which begins: 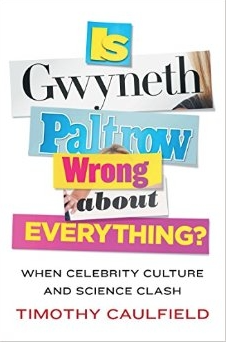 Gwyneth Paltrow has made a career out of selling pseudoscience on her lifestyle website, Goop. Over the years, the actress has proclaimed women should steam their vaginas, that water has feelings, and that your body holds secret organs. Mixed into these absurd assertions is her bogus detox diet and cleansing advice, all of it in service of promoting Goop’s beauty and wellness products