Foxglove Is Growing In My Garden: Bunnies Beware!

While surveying his garden this morning the skeptical cardiologist felt the cockles of his heart warm when he viewed the budding plant below: 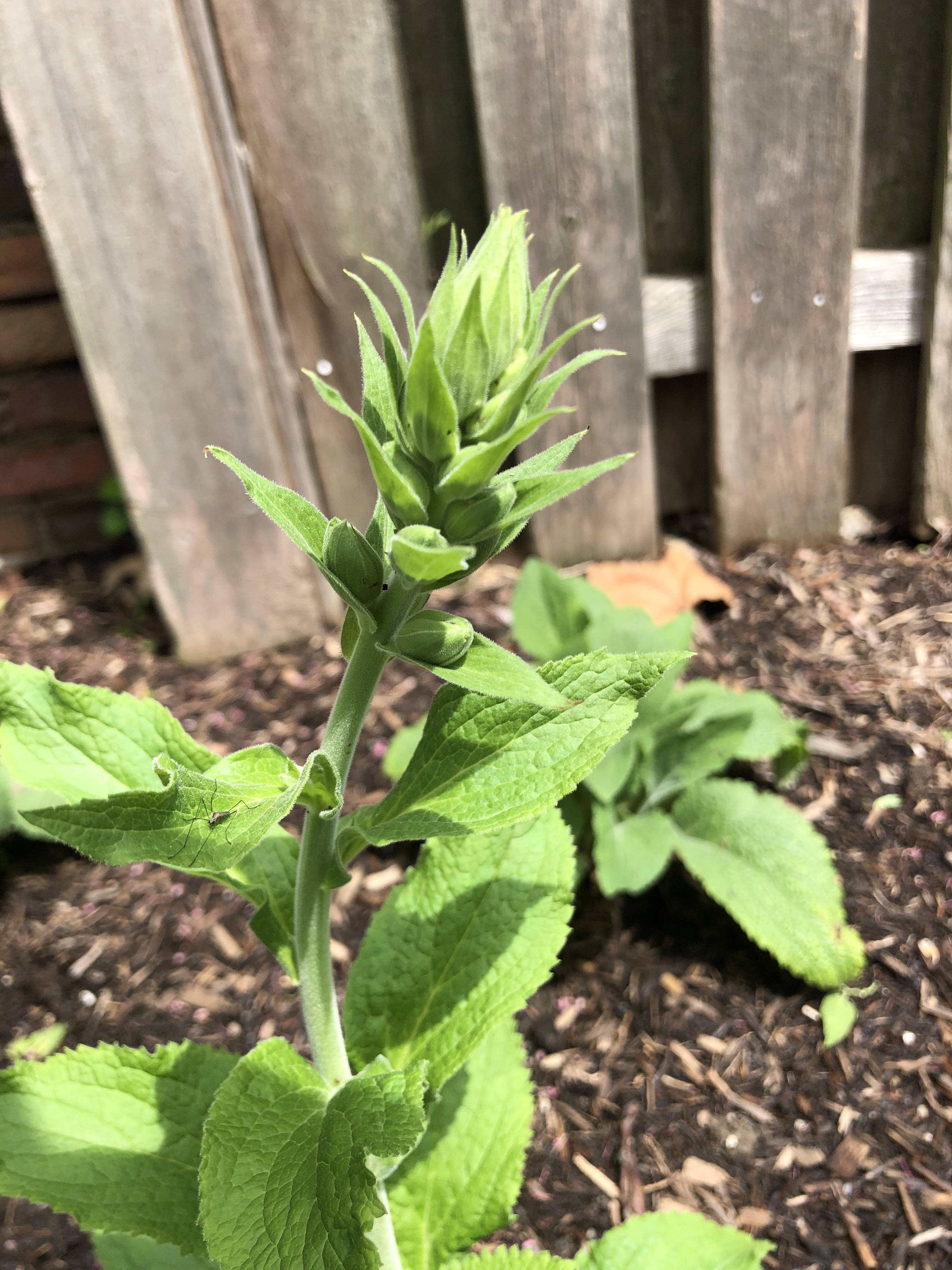 The plant I beheld was the glorious, mystical and medicinal foxglove or digitalis purpurea upon which I have waxed poetic innumerable times (see here and here and here.)

It is from the foxglove that William Withering made his potions to treat dropsy (the ancient term for heart failure)  and since writing about my encounter with the foxglove  in Wales I’ve been on a quest to get some in my garden.

This mission was accomplished when Quiet Village Landscaping installed the plants a month ago.

Now if I can keep them growing I’ll be able to enjoy the tall, showy spikes of tubular pink or purple flowers with speckled throats that should emerge in summer.

Foxglove and its medicinal derivative digitalis can be toxic to both humans and animals. Let’s hope  that the five bunnies that were frolicking in my yard and eating my hosta earlier in the spring have the good sense to eschew chewing it.

My first encounter with foxglove is entitled “Withering Away in Wales” and I’ve copied it below.

The skeptical cardiologist was born in Wrexham, North Wales, not too far from the northern area in Wales known as Snowdonia, the ancestral lands of the great Princes of Wales.

I’ve been back to this wonderful area several times in the last dozen years, entranced by its beauty and connection with my ancestor, Prince Llewelyn the Great.

Most recently I stayed in Beddgelert, a small village nestled at the base of Mount Snowdon, which , according to (possibly tourism-inspired) legend, is named after the grave of Gelert, the faithful hound of Prince Llewelyn.

A brief hike along the gurgling Glaslyn river takes you to a stone monument with these words inscribed:

“In the 13th century Llewelyn, prince of North Wales, had a palace at Beddgelert. One day he went hunting without Gelert, ‘The Faithful Hound’, who was unaccountably absent.                                                  On Llewelyn’s return the truant, stained and smeared with blood, joyfully sprang to meet his master. The prince alarmed hastened to find his son, and saw the infant’s cot empty, the bedclothes and floor covered with blood.                      The frantic father plunged his sword into the hound’s side, thinking it had killed his heir. The dog’s dying yell was answered by a child’s cry. Llewelyn searched and discovered his boy unharmed, but nearby lay the body of a mighty wolf which Gelert had slain.

The prince filled with remorse is said never to have smiled again. He buried Gelert here”. 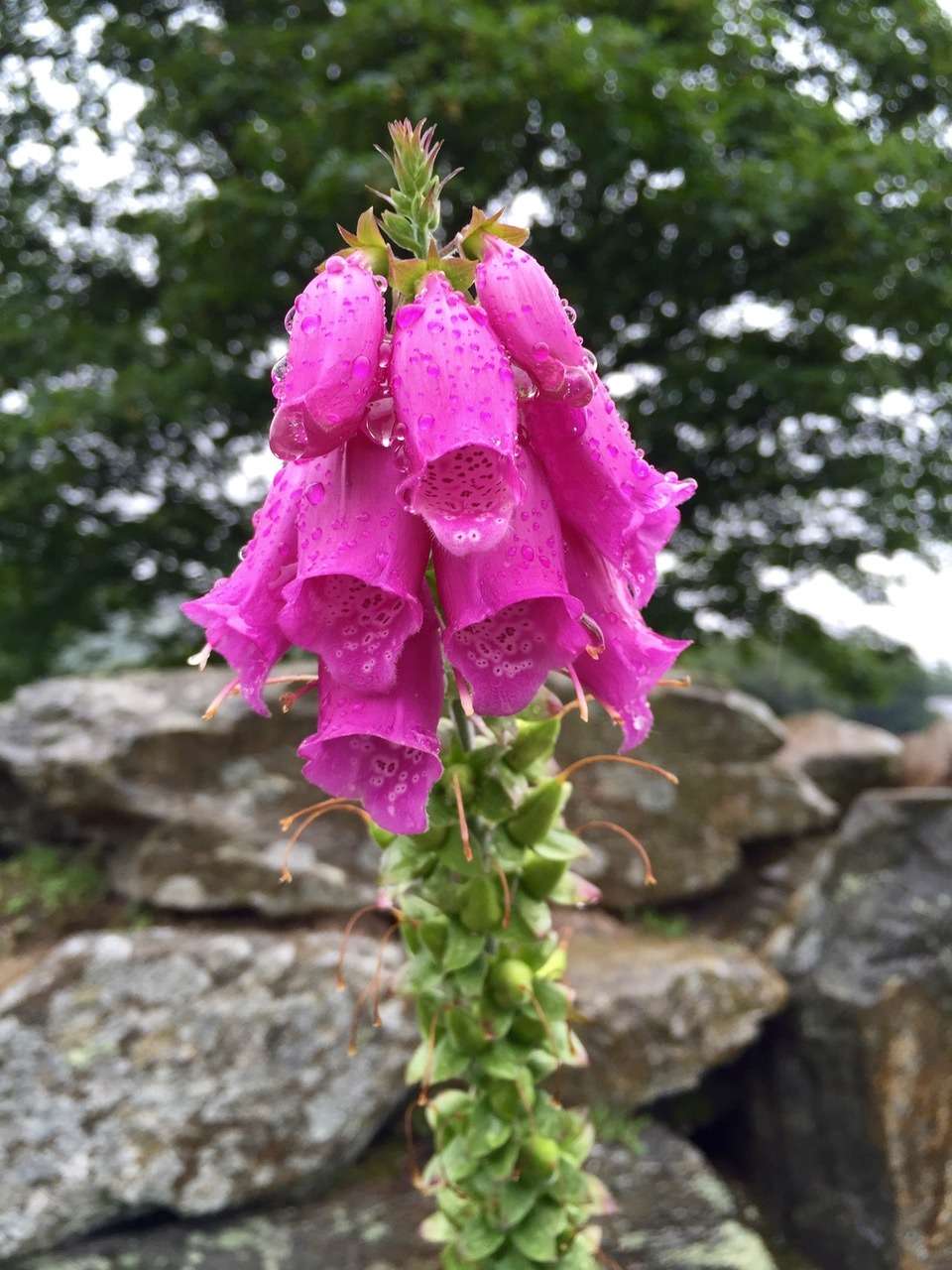 While lingering in the little stone wall enclosure within which a statue of the faithful Gelert stood I espied a plant that looked like digitalis purpurea, more commonly known as foxglove.

Moving closer, I realized that I had indeed come face to face with a wildly growing foxglove,  the plant that William Withering had utilized to treat patients with dropsy in the late -1700s.

I was understandably ecstatic as I was  on a sort of mission to observe foxglove in its native environs. I had expected to view the medicinal plant in Shropshire where William Withering was born and where he had encountered “the old woman of Shropshire” who first inspired him to use foxglove for dropsy.

This unexpected foxglove experience seemed like a serendipitous harbinger of wonderful Witheringesque experiences to come.

Sure enough as we left the fog-enshrouded mountains of Snowdonia and drove on the left side of narrow, winding Welsh roads toward Shropshire we spotted  multiple large patches of wildly growing foxglove in a nearby meadow. 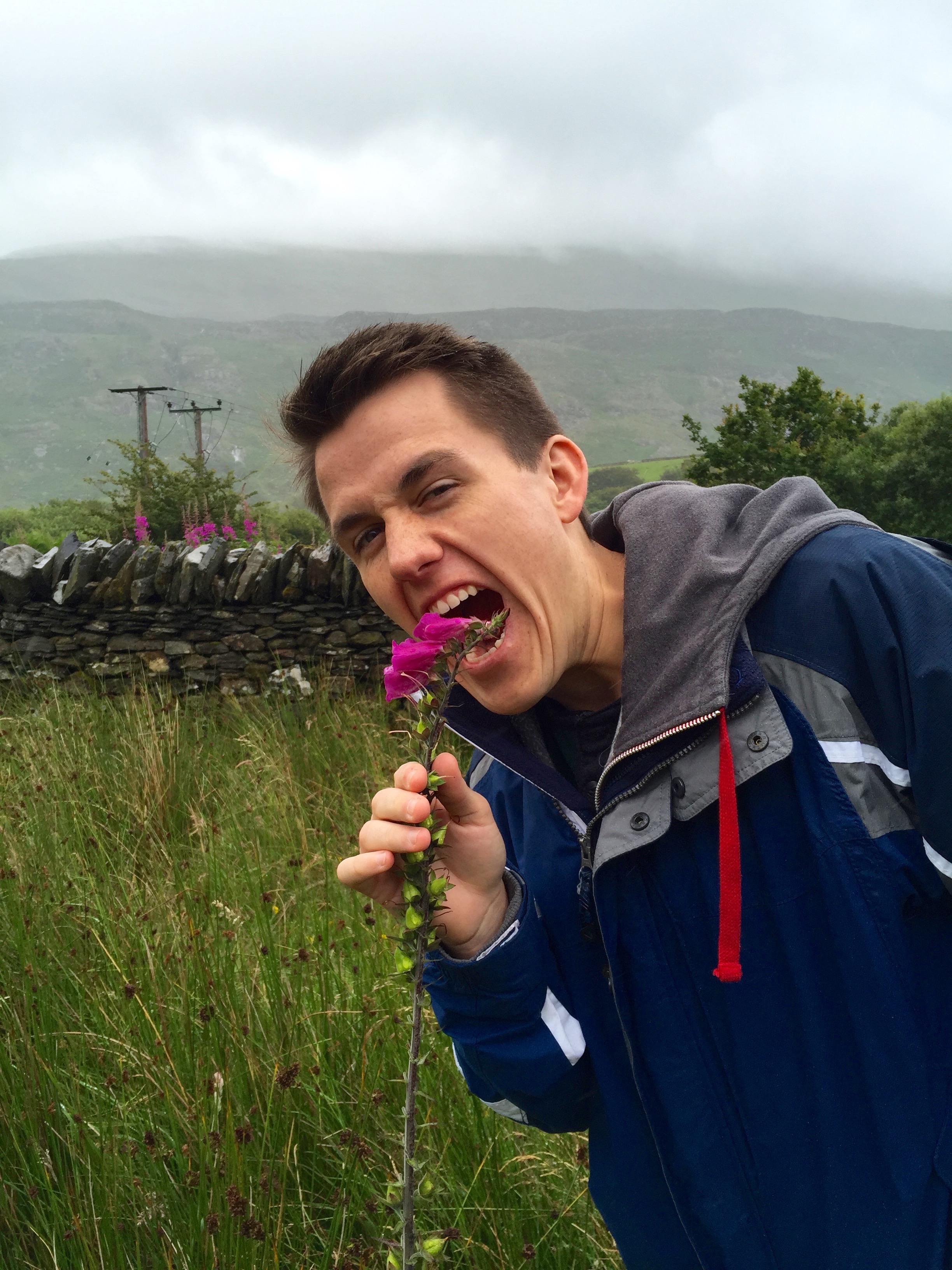 Although my children were eager to taste the foxglove and see if the inotropic properties of the digitalis within would make their hearts beat stronger and make them more powerful, I restrained them, for Withering’s writings and subsequent years of clinical experience with digitalis tell us that the therapeutic window is narrow and toxicity manifested by nausea and vomiting common.

6 thoughts on “Foxglove Is Growing In My Garden: Bunnies Beware!”