How Fat Is The Skeptical Cardiologist?

For some time now the skeptical cardiologist has been obsessed with discovering the best tool to measure body fat.

It’s clear that the fat that gathers around our heart and within our abdomen, so-called visceral fat, has dire consequences for the cardiovascular system.

The standard way of measuring obesity, however, the body mass index doesn’t really tell us with high accuracy what is going on with visceral fat.

You can calculate your BMI using this online calculator. When I plug my numbers in I get a BMI of 22.3 which puts me in the “normal” range according to this chart from the NHLBI. 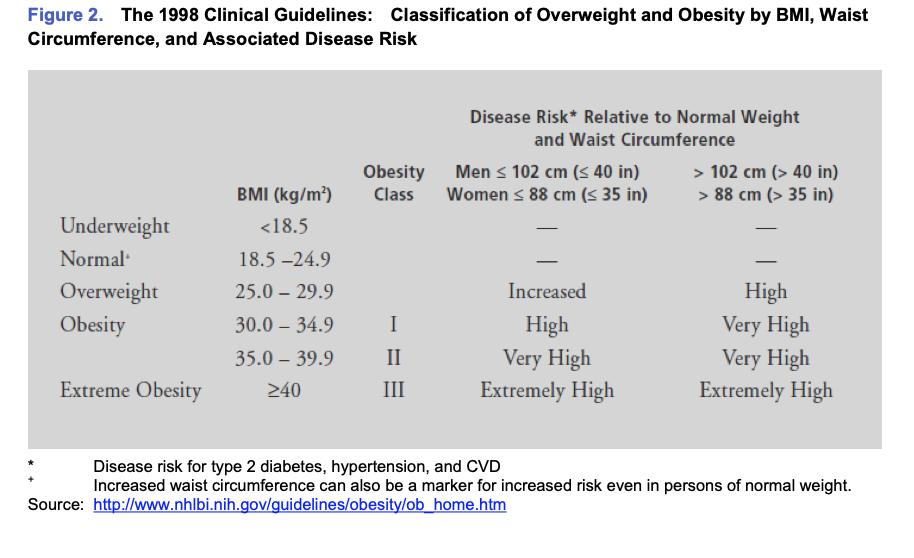 The BMI, however, is a very crude tool. A high BMI could be the result of a large amount of muscle mass, generally felt to be a good thing.

Conversely, it’s possible to have a normal BMI with a very high visceral fat percentage and low muscle mass. Such patients, the so-called  “skinny fat”  have the same risk as those with obesity as determined by BMI.

Due to perceived limitations of BMI as a predictor of body fat (and therefore true obesity), other methods of estimating body fat and/or visceral fat have been developed.

Waist circumference (WC) is a simple, inexpensive and reliable test. Some studies have suggested WC correlates with visceral fat better than BMI. Despite recommendations that WC be made a routine measurement along with height and weight, very few doctors (including the skeptical cardiologist) have embraced routine WC measurement.

I measured my WC multiple times and it was always about 33 inches which puts me solidly under the 40-inch cut point for men. One study suggests the WC to stature ratio (WSR)  is superior to WC and that we should aim for a ratio <0.5.

My ratio was slightly under 0.5.

It’s not clear to me that WC or WSR adds enough to BMI to justify performing it on my patients. A 2009 comparison of BMI, WC, and WSR to the gold-standard of dual x-ray absorptiometry (DEXA-scan) found that

BMI, WC, and WSR perform similarly as indicators of body fatness and are more closely related to each other than with percentage body fat

Using a special caliper it is possible to measure the thickness of the skin at various body locations. These measurements when normalized for age and gender give a fair estimate of body fat.

I purchased one of these devices a few years ago and made measurements on myself and many of my friends. When I added up my skinfold thickness from the anterior and posterior upper arm, the waist, and the shoulder blade regions I obtained a thickness of 29 mm. Using the chart that is shipped with the caliper, my fat % was calculated at 17.9%.

Many bathroom scales these days claim to measure fat mass, muscle mass at the same time they are weighing you. Such scales are using bioimpedance to infer body composition.

I have been using a QardioBase for my daily weights which gives me a readout that typically looks like this: 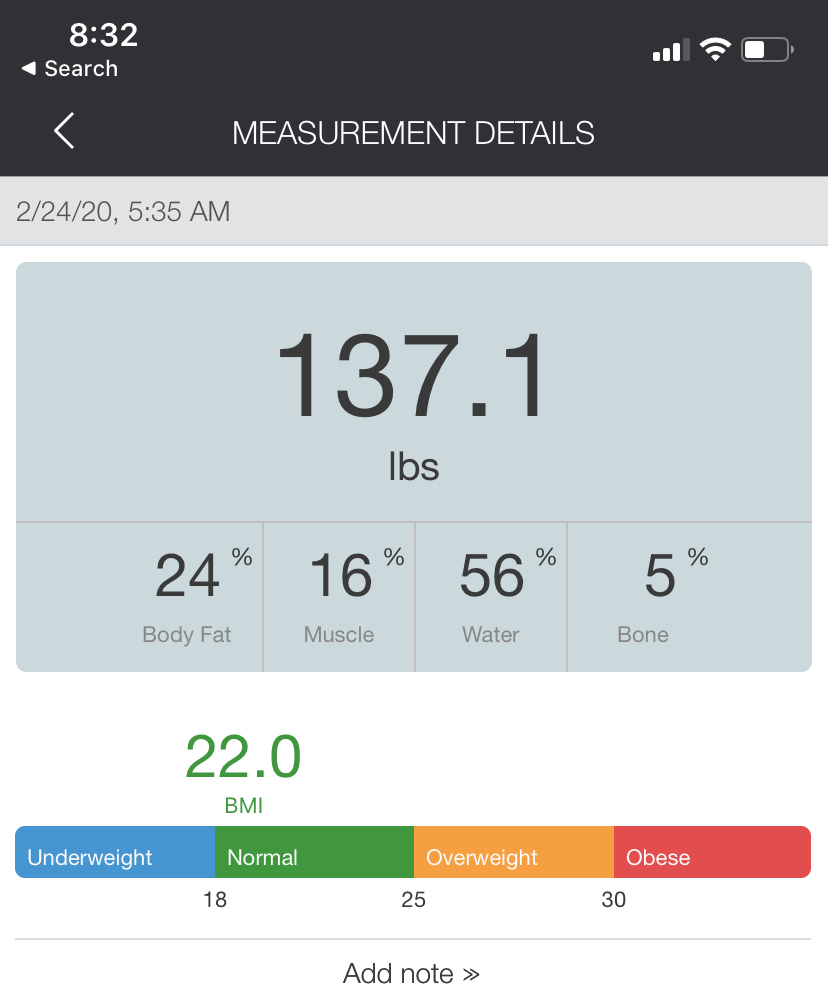 When I pulled up the chart  below I realized that 24% body fat for men >60 years of age was at the upper range for healthy, bordering on “overfat.”

If I was a woman, on the other hand, I would be at the bottom end of the healthy range, bordering on “underfat.”

After utilizing the commonly available modalities for assessing body fat, visceral fat, and obesity do we truly know how fat the skeptical cardiologist is?

BMI puts him solidly in the normal range.

Waist circumference puts him solidly in the normal range.

Waist to status ratio puts him close to obese.

Skinfold calipers give him normal body fat for age of 17.9%.

A  bioimpedance scale gives him 24% body fat, bordering on “overfat.”

After undergoing a test last week I believe I can answer the burning question with confidence. More importantly, I believe I now have a convenient, inexpensive, and highly accurate tool that will provide precise estimates of my patient’s visceral body fat.

Empowered with such knowledge, hopefully, we can more successfully identify and treat cardiometabolic disease.

N.B. That is not my abdomen in the featured image.

11 thoughts on “How Fat Is The Skeptical Cardiologist?”